The hunt for ‘sterile neutrinos’: hopes of undiscovered particle dashed by new experiment

A new result from the MicroBooNE neutrino experiment has dashed hopes for a neat resolution to several puzzles for physicists.
Yvonne Wong, Michael Schmidt | UNSW Newsroom 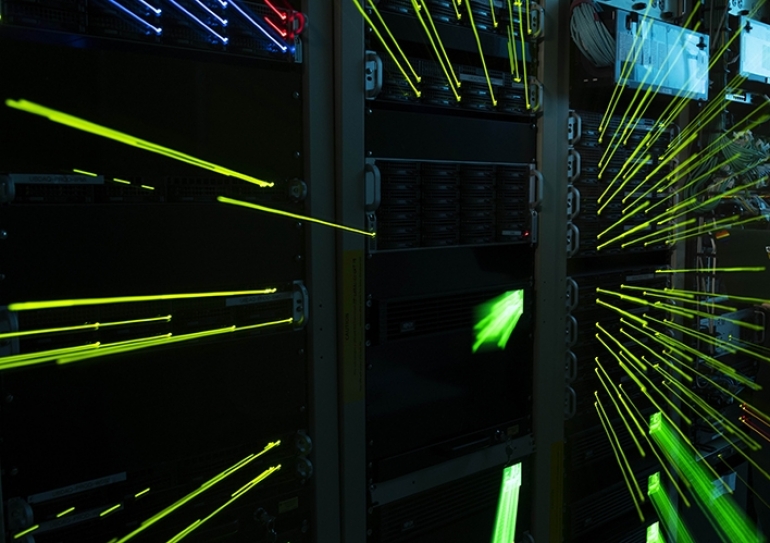 Neutrinos are an integral part of the “Standard Model of particle physics”. Image: Reidar Hahn / Fermilab

Physicists searching for evidence of a “light sterile neutrino”, a hypothetical particle that could give clues to cosmic puzzles such as the nature of dark matter and why the Universe is made of matter at all, have announced their hunt has come back empty-handed.

The MicroBooNE experiment at Fermilab was designed to follow up on earlier hints of neutrinos behaving oddly, but the negative result deals a blow to the idea of such a new elementary particle.

Neutrinos are lightweight, elusive subatomic particles, and current theories recognise three different types. In 1995, however, the Liquid Scintillator Neutrino Detector (LSND) experiment in Los Alamos detected more of one type than anyone expected.

Most attempts to explain the anomaly proposed the existence of a fourth kind of neutrino that barely interacts with normal matter at all: a so-called “sterile” neutrino.

What is a sterile neutrino?

Neutrinos are subatomic particles postulated by Austrian physicist Wolfgang Pauli in 1930 to explain how some radioactive atoms fire out electrons.

Their existence wasn’t confirmed until 1956, when Americans Clyde Cowan and Frederick Reines observed tiny flashes of light made by neutrinos crashing into the atoms in a tank of water.

Today, neutrinos are an integral part of the “Standard Model of particle physics”. This is our best theory of the Universe’s particles, describing the 17 known elementary particles and how they interact via three fundamental forces (electromagnetism and the strong and weak forces).

The Standard Model divides the 17 particles into two basic groups: 12 fermions, which make up matter, and five bosons, which carry the forces.

Not all fermions interact with all the forces. For example, neutrinos are only affected by the weak force (and gravity, which doesn’t fit into the Standard Model).

The fermions are split into three families, each of which has a neutrino: the electron, muon, and tau neutrinos. 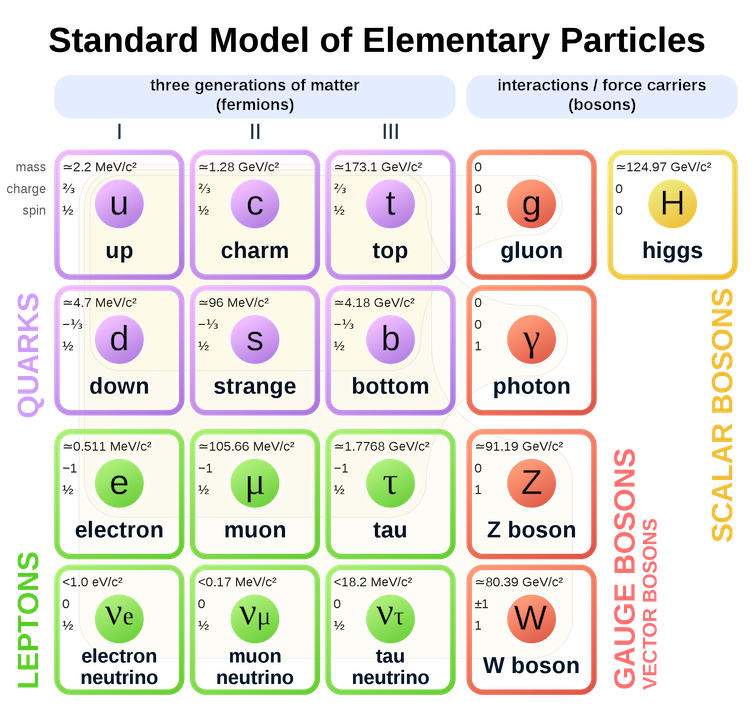 The 17 particles of the Standard Model. The 12 fermions on the left make up matter, while the 5 bosons on the right carry forces. The three known neutrinos are on the bottom row. MissMJ / Wikimedia, CC BY

All of these neutrinos are “left-handed” with respect to the weak force. It’s hard to explain simply what that means, but suffice to say left- and right-handed particles are mirror images of one another, and they are affected differently by the weak force.

All other known fermions come in both left- and right-handed versions. This encourages us to think that right-handed neutrinos should also exist in nature.

Being right-handed, these hypothetical neutrinos are blind even to the weak force and are in this sense “sterile”.

But like all known particles, they should still feel gravity. Sterile neutrinos are also predicted by “grand unified theories” that try to combine the three forces into one.

If sterile neutrinos exist, how would we find them? One way is to use a process called “neutrino oscillation”, in which the three known kinds of neutrinos can transform into one another.

Experiments measuring these oscillations usually look at either how many of a given kind of neutrino appear in some situation, or how many disappear.

The LSND experiment which originally inspired the sterile neutrino hypothesis was an “appearance” experiment, as are MicroBooNE (which produced the new negative result) and its predecessor MiniBooNE. 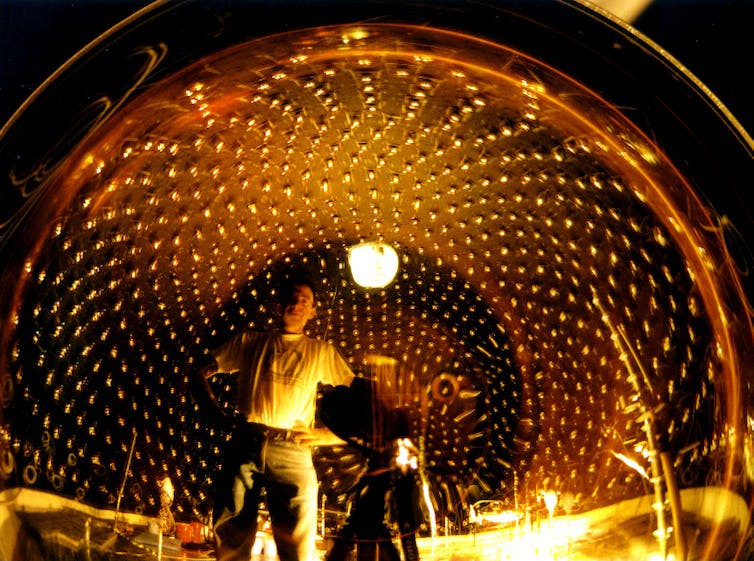 Results from the MiniBooNE experiment hinted at the possible existence of a light sterile neutrino. Fred Ullrich / Fermilab, CC BY

They fire a beam of muon-neutrinos over a relatively short distance (between 30 and 500 metres) and measure how many electron-neutrinos are detected at the other end.

This is the sterile neutrino hypothesis.

What if there are sterile neutrinos?

These heavier cousins could answer several major puzzles in particle physics, such as the nature of the “dark matter” that seems to make up most of the Universe, why neutrinos have any mass at all, and why the Universe contains so much more matter than antimatter.

There is but one problem. The light sterile neutrino we started with is a headache for cosmologists.

If it exists, we should be able to observe traces of sterile neutrinos formed just after the Big Bang. 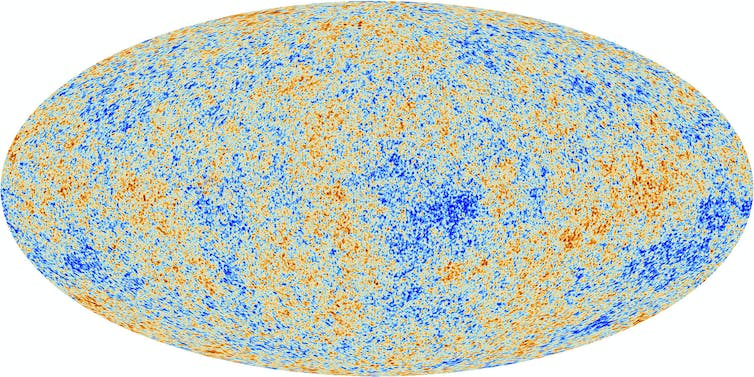 If sterile neutrinos exist, they should have left traces in the cosmic microwave background, a faint afterglow of radiation from the dawn of the Universe that pervades the sky. ESA / Planck Collaboration

However, no recent surveys of the cosmic microwave background radiation or the distribution of galaxies and light elements in between them show any sign these sterile neutrinos existed.

This could mean the sterile neutrino hypothesis is incorrect. But it is also possible that something else in our understanding of the Universe is amiss.

MicroBooNE and the global picture

MicroBooNE analysed its results in four different ways, and none of them turned up signs of extra electron-neutrinos. This is disappointing for the researchers behind the LSND and MiniBooNE collaborations, and for proponents of the sterile neutrino hypothesis.

It also raises the question of exactly what caused the results observed by the earlier experiments. Further analysis of the MicroBooNE data may help unravel this mystery. 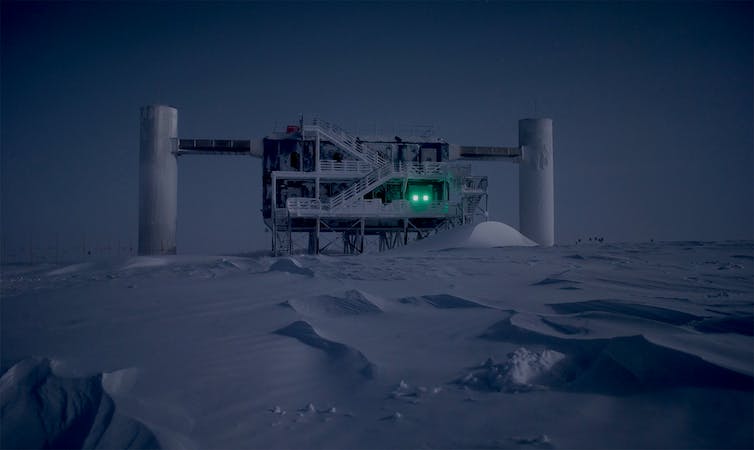 The IceCube experiment in Antarctica has found no evidence in favour of sterile neutrinos. Emanuel Jacobi / IceCube / NSF

Elsewhere, there have been claims of disappearing neutrinos in nuclear reactor experiments. However, calculating how many neutrinos a nuclear reactor will emit is notoriously difficult, so these claims are best taken with a grain of salt.

The MicroBooNE collaboration has so far analysed only half of its collected data.

Some have also questioned whether no excess of electron-neutrinos necessarily means no neutrino oscillations, given the measurement has been made at only one distance. Technically, we need measurements at two distances or more to definitively establish oscillations or otherwise.

These measurements are likely to come in the next few years, when Fermilab switches on two more detectors as part of the Fermilab Short Baseline Neutrino program. The trio of detectors will test for disappearance of muon-neutrinos and appearance of electron-neutrinos using a single beam of source neutrinos.

The prospects for a final verdict on light sterile neutrinos in the next decade are therefore good.

This article is republished from The Conversation under a Creative Commons license. Read the original article.