The Next Joint Physics Colloquium

When the behaviours of electrons in materials are strongly correlated with those of other electrons dramatic new physics can emerge. For example, one can find new particles and gauge fields that do not exist in the vacuum such as magnetic monopoles, free particles carrying a fraction of the elementary charge, and massless particles that are their own antiparticles. Understanding materials where electrons are strongly correlated remains a major challenge. But such understanding could enable applications from lossless power distribution to quantum computing. The traditional workhorse materials in this field are transition metal oxides (e.g., the high-temperature superconductors are copper oxides). If one imagines replacing the oxygen atoms with organic molecules, then we arrive at a class of materials called metal-organic frameworks (MOFs). MOFs allow the design and control of crystal structure and naturally enable structures that would seem very odd in other materials (e.g., kagome and Lieb lattices). In this talk, Ben will argue that this control of structure allows for new physics and may allow us to push known phenomena into more extreme regimes. He also will demonstrate this with examples from quantum magnetism, metal-insulator transitions, and unconventional superconductivity. 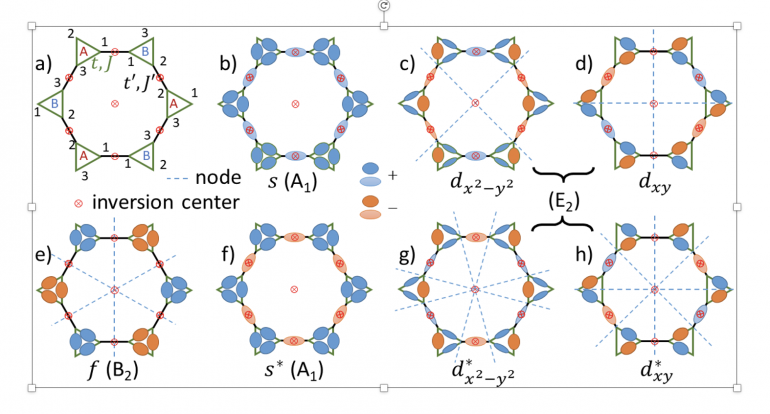 Ben was educated at the University of Bristol. In 2002 he took up a postdoc position at the University of Queensland working with Ross McKenzie. He has remained at UQ since then, holding APD, QEII and Future Fellowships and being promoted to Professor in 2015. He researches collective and quantum phenomena in chemically complex materials.